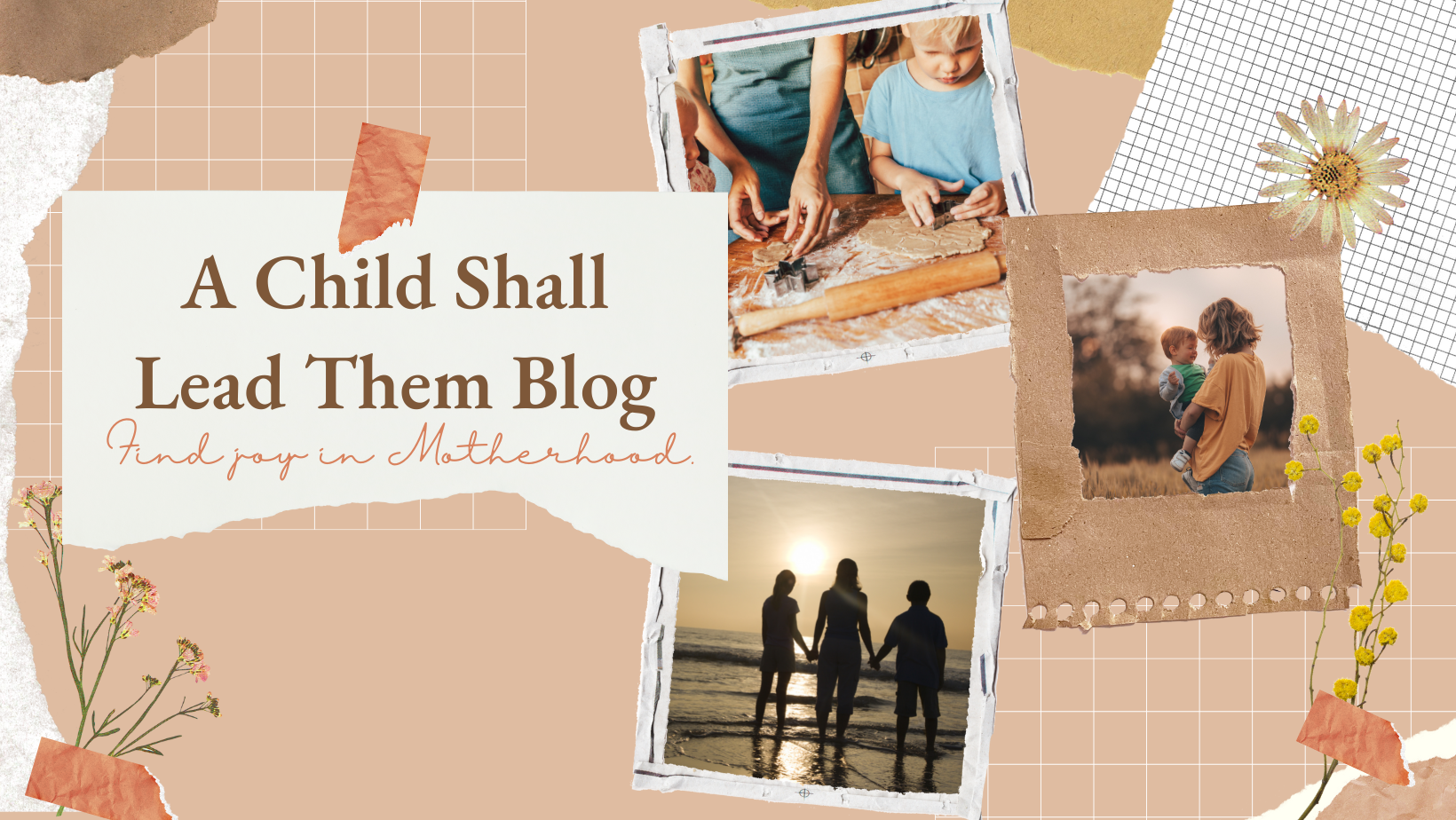 Have you ever had that moment when you were like, ” Say what, God”? What are you doing in my life? What did you just give me? Where is this going? I’ve heard it said, “Don’t question God” but is it ok to question God?

I know when we first moved to Canada, all 3 of my kids seemed to constantly get sick and it took a while for us to get the provincial health insurance cards. Not only that, but we had constant paper work to keep up with as the country was changing its immigration laws. I knew God moved us here but I wandered what He was up to when everything seemed so hard for us.

I said a lot of prayers where I begged for His provision and sought insight on the way He was doing things. I simply wanted to understand how it was all going to work out.

So, it totally made me laugh when I saw that in Exodus 16, God gave the children of Israel food to eat that fell from heaven and they called it “what”. Yes, the Hebrew word manna translated means what. Essentially, they had asked “what is this, God?”

Is it Ok to Question God?

And most of the time, the questions we ask to God are for our benefit because they help us to know Him more intimately. They cause us to seek out His Holy Bible for answers.

When is it Dangerous to Question God?

We just looked at the fact that questioning God is not bad. God is big enough to handle all of our questions. He gives us insight when we are truly seeking answers and are humble enough to receive His final decision or corrections. And, while He may not answer exactly what He is doing in our lives, He gives us insight and the peace to accept His will.

However, sometimes are questions can lead us to a dark place. We don’t really want answers but we are actually throwing around accusations and questioning God’s motives. The progression of angrily questioning God in our hearts and minds moving on to rebellious action is very dangerous.

1. When Questions Lead to Sin

The Bible tell us though that some of them obviously questioned God’s ability to provide to the extent that they were disobedient. (Let’s not forget that God provided the manna due to their first grumbling and complaining against Him.)

Disobedience is dangerous because God while our God is slow to anger, He also will punish disobedience. The sin, if not corrected unfortunately can lead to more sin.

When we question God with our actions through disobedience, it can become a pattern of sin in our lives. Typically this is expressed through dissatisfaction for what He has provided for us. It moves beyond us and we become complainers and very unhappy people.

In the very next chapter, Exodus 17, the Israelites are at it yet again. This time, they are thirsty and a tad bit dramatic. Their pattern of questioning God is expressed in ways that start to effect others.

A. We can become short with others.

God has supplied all of our needs even if they are not exactly what we want or expect. He has also given us infinately more than we could ever deserve. When our expectations are not realized, we have a tendancy to get irritated.

This irritation is often taken out on others. Let’s stop this pattern by recognizing it for what it is and instead try counting our blessings and expression a heart of gratitude.

B. We can become irrational.

“Why did you bring us up out of Egypt to make us and our children and livestock die of thirst?” (v.3)

Did they honestly believe that the God who saved them from the Egyptians and had kept His promises this far was just going to relent and let them die? Hadn’t they seen His might power and His ability to provide and work on their behalf?

Before we become too high and mighty, let’s think about the times that we dramatically question God’s ways. If He doesn’t work on our time schedule or in the way that we would like Him to, don’t we tend to become a bit irrational at times.

I know I did in those days of sick kids, trying to get answers from the Canadian government and trying to adjust to new people and a new place. “God, why did you bring us here to start a church if all we are going to have is difficulties?”

It’s not ok to be disobedient but its also not too late to repent. God uses these times to refine us and teach us lessons about His love, His mercy, His grace, and His forgiveness. And, doing things God’s way keeps us from ultimately experiencing His punishment.

If we back up to the end of Exodus 16, for just a minute, we get a glimpse of the Israelites future.

“The Israelites ate manna forty years, until they came to a land that was settled; they ate manna until they reached the border of Canaan.” (v.34)

They were not meant to wander in that wilderness and eat manna for forty years so what went wrong? Well, their questioning God’s motives lead to disobedeince that became that pattern that we spoke about and finally, God had no choice but to punish them.

I don’t want to go into all of the specifics of all of their sins but we have the incident with the golden calf in Exodus 32, more complaining that led to God calling down fire in Numbers 11, and constantly questioning the leadership of Moses.

Sin can take us much further than we want to go. In Numbers 13-14, we see the culmination of their disobedience. They had come to the point where their 2 year journey of God showing them who He is and what He expected of them through the law would end in them entering the Promise Land.

Instead of trusting God, they again decided to again question and disobey. They decided that God’s power was no match for the strong and numerous people of the land. God was so angry that He had decided to kill them on the spot and start over with Moses but Moses prayed on behalf of the people and God relented. So, their punishment was to wander in that wilderness for 40 years and never get to see the promised land, that land “flowing with milk and honey.”

“The Lord said to Moses and Aaron:  “How long will this wicked community grumble against me? I have heard the complaints of these grumbling Israelites.  So tell them, ‘As surely as I live, declares the Lord, I will do to you the very thing I heard you say: In this wilderness your bodies will fall—every one of you twenty years old or more who was counted in the census and who has grumbled against me.  Not one of you will enter the land I swore with uplifted hand to make your home, except Caleb son of Jephunneh and Joshua son of Nun.” (Numbers 14:26-30)

What Can we Learn?

We can learn some major lessons from the Israelites time in the wilderness on their way to the promise land. Some are good things about who God is and some are examples not to follow based on their questioning, disobeying, and provoking God.

1. God can provide in miraculous ways.

God provided that manna that rained down from heaven each morning and quail in the evening to fill their hunger. Twice, he produced water from a rock. And, finally we are told that after 40 years of wandering in that wilderness, their clothes and shoes did not wear out.

The Lord told the Israelites in Exodus 33:14 that his presence would be with them and that He would give them rest. He never abandoned His people even during their darkest days. He was always there to forgive, encourage, and provide hope. (God Will Fight for You)

3. God gives us leaders for a reason.

Some of us are headstrong and think that we are the captain of our own ship and can do things our own way but none of us are above some oversight and accountibility. God made man the head of the household. He called leaders in our churches. Even secular government needs leaders to keep order.

Ulimately, our leaders can keep us on the right track. Remember, if it weren’t for Moses in Numbers 14, God would have killed all of the Israelites. Moses prayed on behalf of the people to turn the Lord’s anger away.

4. God rewards those who are obedient.

Just like God allowed Joshua and Caleb to be the only ones from the first generation who were allowed to enter the Promise Land because of their faithfulness, God will reward us for being obedient in the midst of hardship and temptation. Hebrews 11:6 says, “And without faith it is impossible to please God, because anyone who comes to him must believe that he exists and that he rewards those who earnestly seek him.”

God forgave the Israelites time and again after all of their questioning and disobedience. This is not a license for us to sin. Sin has serious consequences as we have already seen. But, it is a wonderful promise that we are never beyond the redeeming power of God.

He forgives His people and “separates their sins as far as the east is from the west.” (Psalm 103:12) He restores and renews those who are humble enough to admit their wrong. 1 John 1:9 says, “If we confess our sins, he is faithful and just and will forgive us our sins and purify us from all unrighteousness.

So, the answer to any question we have for God is found in His word. The realities of accepting the answers mean that we have to believe in faith that God knows best, that God can provide, that God is working all out for our good, and that God expects us to obey.

The sum of the answer to “What is God doing in my life?” is that He is making us more like Jesus.